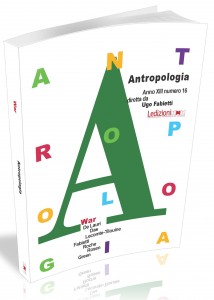 This special issue was born out of the second national conference of the Italian Association for Southeast Asian studies (ITASEAS, part of the larger European Association of Southeast Asian Studies, EUROSEAS), which took place in 2011 at the University of Milano-Bicocca. The purpose of the conference was to create a local network among researchers who study Southeast Asia in Italy, a country where area studies tend to be scarcely developed. The organizers, the only tenured scholars in Southeast Asian studies in Italy—Antonia Soriente, a linguist, and Pietro Masina, a historian, both from the University of Napoli l’Orientale, and Silvia Vignato, an anthropologist from Milano-Bicocca, engaged in the task with enthusiasm. The result is now the affirmation of a young network through which Italian researchers from various disciplinary fields and who are active both in Italian and in foreign universities and institutions can meet and interact. After the conference, and as a partial outcome of it, most of the younger scholars involved in this volume joined SEATIDE (Southeast Asia: Trajectories of Inclusion, Dynamics of Exclusion), a project of the European Commission Seventh Framework Program, and could thus further their studies.